Menu
News
Reopening of the Armenian Museum in Jerusalem 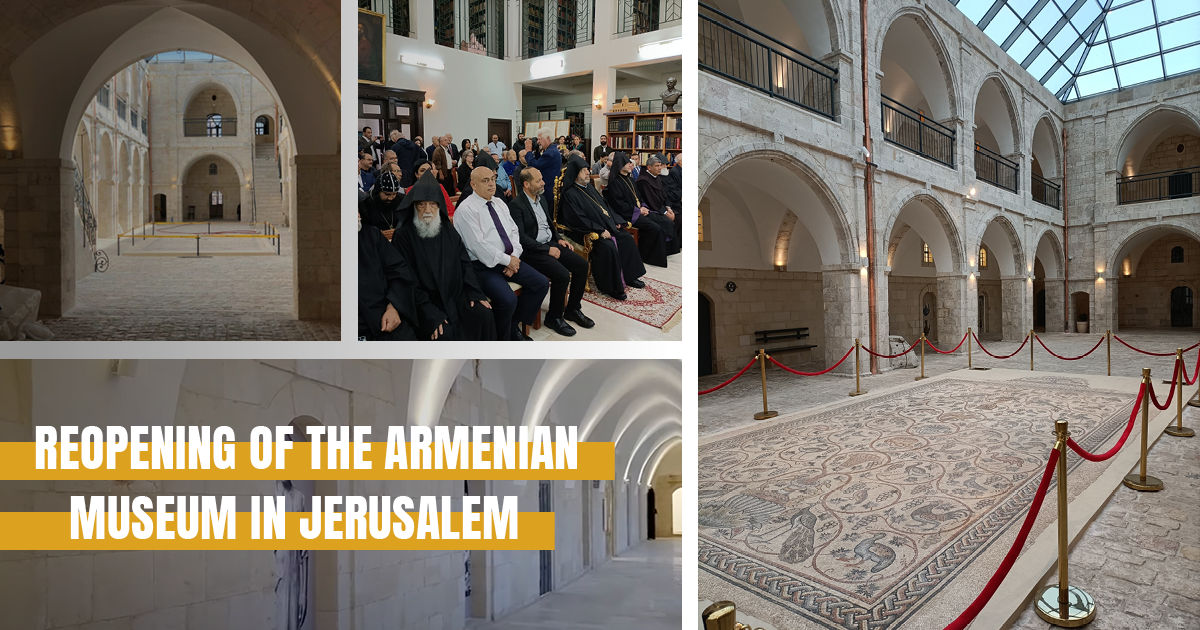 The 200-year-old building comparably houses historical and religious artefacts, some of which were brought to Jerusalem by a regular stream of pilgrims. The museum's unique exhibits include valuable hand-woven carpets, a collection of Armenian coins and even some banknotes issued by the short-lived pre-Bolshevik Armenian Republic, remains of evidence of the presence of the X. Legion, huge copper cauldrons made by Armenian blacksmiths more than half a century ago, colourful tiles from the world-famous Kutayha district, an ancient world map printed in Armenian and a replica of Gutenberg's original printing press.

In the centre of the museum is one of the most important objects set up during the museum's restoration. A mosaic floor was found in the Jerusalem district of Musrara during archaeological excavations under a house. It comes from a 6th-century Armenian church. The mosaic, which was founded in 1894, is decorated with vines and the tree of life and shows various birds. As the inscription in Armenian states, the mosaic is dedicated to the "memory and salvation of all Armenians whose names God knows."

The upper floor of the museum preserves the memory of the Armenian orphans who came to the Holy Land via Deir el-Zor in 1915. Until recently, 18,000 Armenians lived here, including 650 orphans, whose names and dates of birth are all documented.
From mid-November, anyone can learn more about the history of the Armenian presence and its heritage in the Holy Land at the Edward and Helen Mardigian Museum.