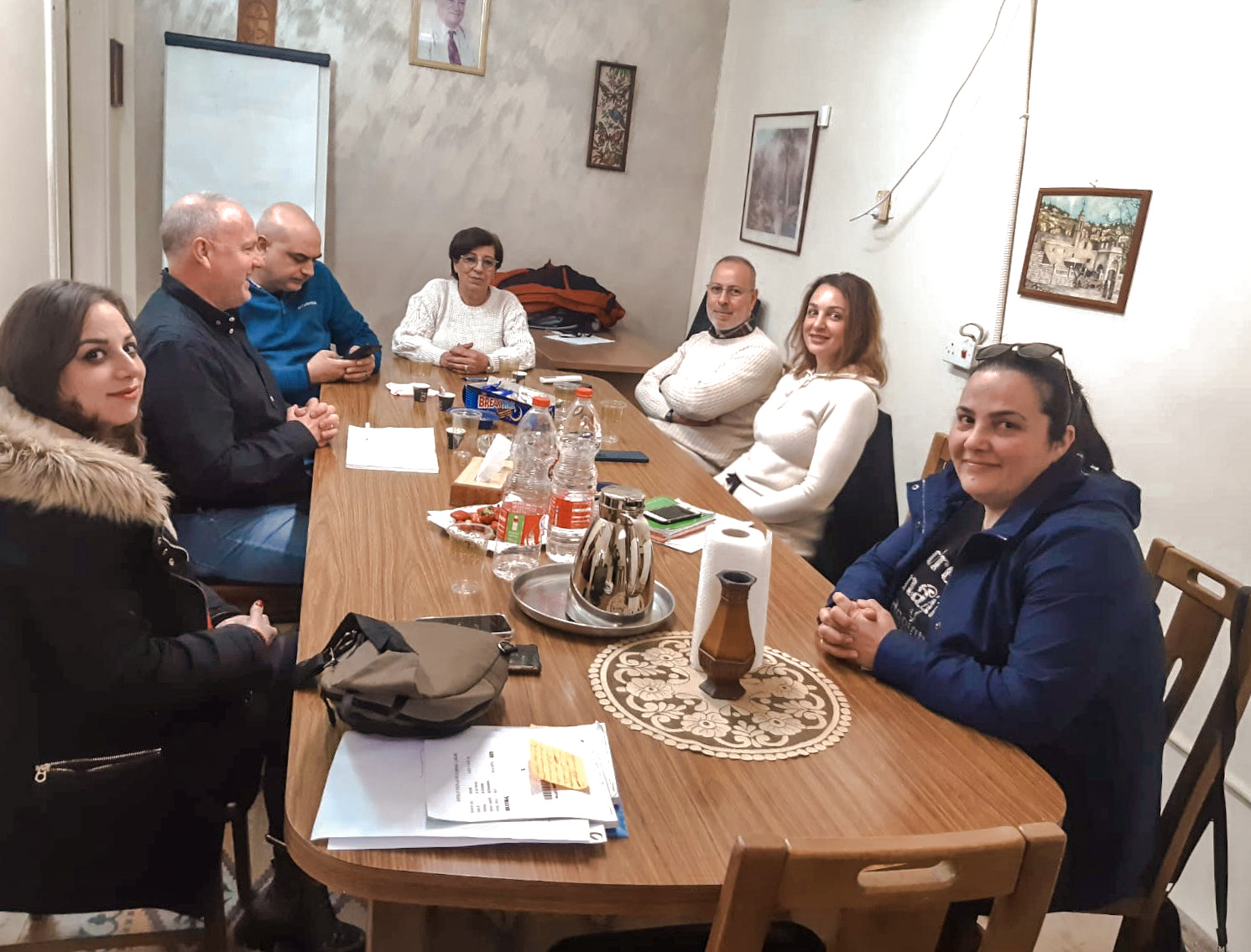 It is Thursday morning. I am sitting at the table with Marwa and Rawan, both women bursting with energy. Marwa has been attending the orientation course for women offered by DSPR ICCI in Nazareth since last July. She tells me about her plans, her dreams, but most of all she tells me about her trainer Ms. Suhail, who believes in her and makes her feel that she can achieve anything. An important message, for women who don't know exactly how to go on in life and what they should change. Marwa has many ideas, she has not yet decided what is the best business for her, but one thing is for sure: she wants to start her own business. One idea is to offer medical manicures and pedicures. The need is huge, there are many elderly people in Nazareth who need these treatments. The trainer has given her a lot of encouragement to pursue this career path. Despite this, Marwa, like twelve other women in the orientation course, has learned to understand the law for self-employment in Israel, how to deal properly with banks and insurance companies, and how to navigate the tax system. The women are between 18 and 50 years old. One day she explained to her father, who is also self-employed, the proper way to deal with banks, because she realized that until now he had always used the system incorrectly. What the women have in common is that they have reached a point in their lives where they need to make a change, many have become unemployed due to the pandemic or other circumstances, or simply want to improve their career prospects. The orientation course is aimed primarily at women who want to start their own business. The women meet weekly for a few hours and are accompanied intensively and personally by the trainer on their way to a new future. The focus is not only on technical content, but also on empowering the women on a personal level, giving them self-confidence and supporting them in recognizing their talents and finding their place in society.

Rawan worked half-time in an insurance company. As the pandemic progressed, she had to stay home a lot. She also went through the orientation course and decided for herself to start her own business as a nail designer. During the training she started at home with friends and family members. Now she is in the process of looking for and opening her own salon. The trainer opened her eyes to the fact that she can do this, that she can start her own business. She is in the process of building a network of clients with the help of the trainer.

The program is relatively new, this is the first year DSPR ICCI has implemented this. Every year, sixteen women are expected to go through this course, they are expected to develop their own ideas for their future in it. It is mainly aimed at women who want to start their own business. Two trainers accompany the women during this time. They are very experienced and have previously worked with women in the south of Israel with Bedouin women. They also help the participants to present themselves properly, whether on social media, or in real life. It also includes a professional photo session, and a learning session on how to make a good impression in interviews. Marwa and Rawan are thrilled and both are convinced that they have grown a few centimeters in the past year.